The power of gender norms

Queer literary theory (also called homosocial theory) falls into the category of SOCIETAL MIRRORS, or criticisms that reflect society (social mirrors also include Marxism, feminism, postcolonialism, affliction theory, and ecocriticism). Societal mirrors focus on the idea of The Other, a term for a person in society with little power or agency (the ability to change their circumstances). Those with agency are known as the privileged group, as they have access to resources that The Other does not. Some members of the privileged group actively work toward this inequality, while most members of the privileged group have social blindness--they do not willfully wish to subjugate others, but because their privilege is normal, they do not perceive or understand the struggles of The Other.

Queer theory is closely linked to feminism and can be best understood as a reaction to feminist thought. Feminism is founded upon the idea that men define what it means to be normal in society, casting women as the Other. This leads to certain expectations that women must live up to because of their sex. During the foundation of academic feminism in the 1960s, Simone de Beauvoir made the distinction between sex (one's physical body) and gender (the expectations a society has for a person based on their sex). Her argument was that the only difference between men and women is biological (sex) and any stereotyping or belief that "men can only do x while women can only do y" is a social construct that is changeable (gender). For example, the idea that pink is a girl's color and blue is a boy's color is not rooted in biology but is a gender construct--this is why these colors do not define boys and girls in different societies and why, before World War II, pink was considered manly.

While feminists used this difference between sex and gender to explain and analyze relationships between men and women, other theorists took this idea of gender and asked how these gender norms became defined. They found what is seen as normal behavior for men and women is defined by members of their same sex, and that in order to join friendship groups have relationships with other men and women, we learn and follow gender norms. Fathers teach their sons how to be men, as mothers teach their daughters. Fraternities, or male friendship groups, reinforce expectations on how to act like men; sororities, or friendship groups of women, function in the same way. These actions, according to Judith Butler, are "ritual," meaning we expect people of our same sex to perform to these expectations. These interactions with members of the same sex are called homosocial relationships. 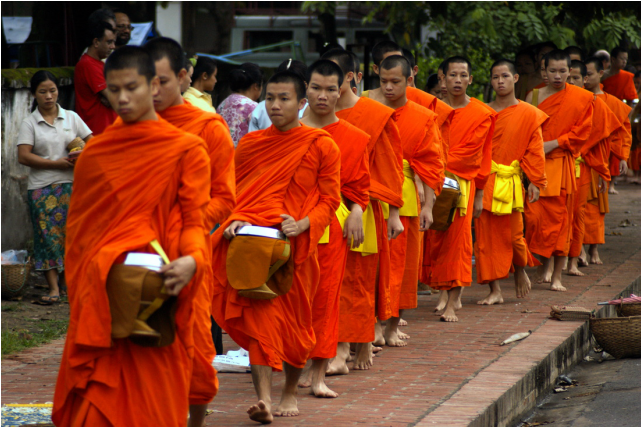 Some brotherhoods have stricter rules than others. (Allie Caulfield, Flikr)

So how do these relationships work? Different social groups will define masculinity (manliness) and femininity (womanliness) differently. For example, to fit masculine expectations in modern America, a man should be knowledgeable about cars, watch sports, and refrain from crying. Other men reinforce and teach these expectations through shared activities ("Wanna come over and help me replace my serpentine belt?") and conversational "tests" ("So, you think the Rockies have a shot at the playoffs this year?") Women have similar expectations taught by their peers and female family members (how to wear makeup, dress, cook, etc), and both groups have rules about sticking to ones fraternity or sorority over heterosocial relationships (this idea is most popularly summarized as "bros before hos"). The "bro codes" and "girl codes" have some variance: a group of male gamers, for instance, may reject the idea that they must know about models of cars, but readily reinforce the idea that an American male know about different models of guns. Often, the social norms for men and women are reversed: for example, men mow the lawn while women maintain the garden, and men grill food while women bake food.

​Since gender is a social construction, transplanting societies can also cause a character to suddenly not fit into gender stereotypes. Let's look at Katniss Everdeen from The Hunger Games as an example. In District 12, Katniss fits gender expectations: the other women, like Katniss, live spartan lifestyles with simple, practical clothing and no makeup. When Katniss goes to the Capitol, however, she is expected to perform her gender based on the Capitol's expectations: she must wear makeup and elaborate gaudy dresses to "be girly enough." Though she dislikes the efforts of Effie Trinket and her team to make her more feminine, she eventually relents because she knows that it will help her be liked by sponsors who could send her survival supplies in the games. Yet Katniss questions her decision to give up part of her identity to the Prep Crew several times throughout the book. Note that Katniss herself doesn't change: she still likes boys, loves to hunt, and values her family above everything else. Her struggle is also not about becoming "less of a girl," but about wanting the Capitol's idea of what a girl can look like to include her.

So what happens to a person like Katniss who fails tests of gender or rejects gender rules? These individuals are often outcast and even ridiculed by their same-sex peers. Curiously, such insults cast the person in terms of the opposite sex: a boy who often cries at movies and hates sports is called a "pansy," a "little girl," and worse names that usually are derogatory to women, while women who don't show sensitivity and don't wear makeup are "butch" or "tomboys." They become the Other, and until Judith Butler's work in the 1990s, anyone who did not fit gender norms was labeled by the same term: queer (a term still used, obviously, in queer theory).

The word "queer" is a synonym for odd, and all people not fitting gender rules were automatically lumped into this category. Yet with the ideas of sex and gender as a spectrum, the Queer community began to separate and redefine themselves based on how members felt they didn't fit typical sex or gender definitions (which is why it is now called the LGBTQ+ community). Perhaps the biggest gender taboo many in this community violated was romantic attraction: a gender norm in every society since written word has been that men and women are romantically linked. This binary is rooted in biology, as only a sexual union between a man and a women can bring about procreation.

Though this "man-woman binary relationship" as been a social expectation since ancient times, men and women have been violating it since just as long. The ancient Greeks and Romans routinely engaged in homosexual behavior, and several famous writers through the Middle Ages, Renaissance, and Industrial Era hid their same-sex romantic feelings for fear of public shame. So how can this be if only heterosexual unions are supported by biology? Queer theorists argued that romantic attraction is not tied to procreative urges. Rather, levels of serotonin, dopamine, estrogen, and testosterone in the brain influence who and what we love. While romantic attraction is rooted in biology, it is not rooted in sex difference. Thus, queer theorists determined that there are three spectrums that define a person: sex, gender, and romantic attraction. Someone who lines up on the same extreme of each spectrum (e.g., male sex, follow masculine gender rules, attracted to women) is heteronormative; people who don't line up are queer. These spectrums also help define subsets of the queer community depending on how their personal spectrum does not align. Below is a quick rundown of how these spectrums work--note that this is not a full list of all queer identities and that there are many sexual, gender, and romantic identities not covered:
​ ​ ​
Note how all of these factors are independent. Ryan may be like being a man and is attracted to women but also wishes he could wear lacy nightgowns and be a homemaker: he is heterosexual (his sex and romantic attraction are normative) but he is also transgendered (he feels more comfortable expressing as a male). Meanwhile, Stacy likes being a woman and is a total girly-girl--she loves makeup and rom-coms and everything she owns is pink--yet she's attracted to other girls. Stacy is cisgendered (her sex and gender are normative) but is homosexual. There's also Katy, who is also attracted to girls but doesn't like being a girl--she wishes she was a man that could watch football with the guys, work on cars, and play football. Katy is actually a heterosexual male, as her gender and romantic attraction are both normative for heterosexual men, who is trapped in a female body (making her a transsexual). 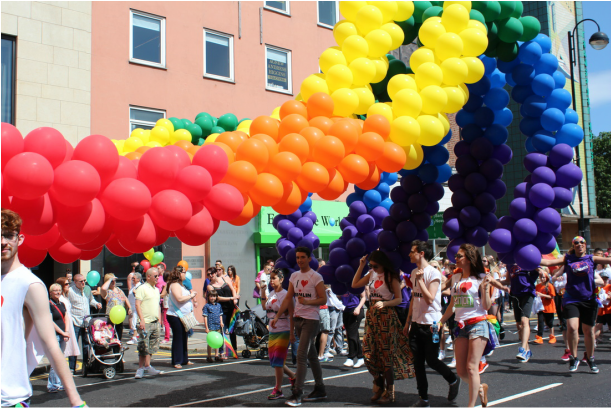 Sex and gender are a spectrum--is it any wonder why the symbol of LGBTQ+ communities is a rainbow? (Ardfern, Wikipedia)

SO HOW DO I READ LIKE A QUEER THEORIST?

Queer theorists focus on relationships between men and other men and women and other women, what gender rules are taught and enforced by these brotherhoods and sisterhoods, and how characters struggle to fit into these roles.

GREAT TEXTS TO READ FROM A QUEER LENS