The power of sex

Feminist literary theory falls into the category of SOCIETAL MIRRORS, or criticisms that reflect society (social mirrors also include Marxism, postcolonialism, queer theory, affliction theory, and ecocriticism). Societal mirrors focus on the idea of The Other, a term for a person in society with little power or agency (the ability to change their circumstances). Those with agency are known as the privileged group, as they have access to resources that The Other does not. Some members of the privileged group actively work toward this inequality, while most members of the privileged group have social blindness--they do not willfully wish to subjugate others, but because their privilege is normal, they do not perceive or understand the struggles of The Other.

In Feminism, The Other is women. Feminism relies on the idea that societies are patriarchies; the patriarchy is a term for the male-dominated power structures in society. Sometimes, the rule of the patriarchy is obvious, as in men traditionally holding positions of governing power (presidents, popes, CEOs, etc.); sometimes, the rule of the patriarchy is subtle, like the tradition of children and wives taking a father's surname instead of a mother's maiden name. These social norms were established to place men above women and to keep women out of power. As a result, men are the standard, and women are classified as "imperfect men," according to Feminist researcher Simone de Beauvoir. You can view a great summation of de Beauvoir's theories on "What is woman?" in the video below.

SO WHAT ARE THE GOALS OF FEMINISM?

All feminists agree that they want to end the rule of the patriarchy, yet different groups of feminists disagree on how to subvert the patriarchy and what type of ruling class should replace the patriarchy. These differences lead to different interpretations of who a feminist is and how a feminist acts. Some groups believe men can be feminists; other don't. Some believe that wearing short skirts and high heels is degrading to women; other groups claim it is empowering. The only thing that all feminists seem to agree on is that "woman" is not one defined experience and that there is room for debate on what it means to be a woman. Feminism wholly rejects the idea of essentialism, which is the belief that women can be understood by looking at what makes all women the same; rather, they embrace intersectionality, or the belief that the interplay of different social roles makes every women unique. This is why black feminists often critique white feminists: as Post-colonialism demonstrates, blacks are The Other to whites, leading to black women being "The Other Other" with even less representation and agency. 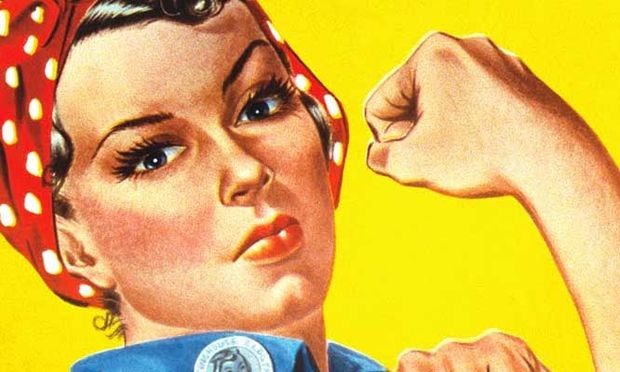 MORE THAN JUST THE OUTSIDE

Oh, and not to be a essentialist, but all feminists agree on one other thing: that women are more than their bodies. In The Second Sex, de Beauvoir points out the (obvious) fact that the reason women are different from men is biological: without getting too graphic, she argues that male dominance probably started with biological mechanics related in impregnation. A man about to be a father has more agency than a woman about to be a mother, as he doesn't have a living creature growing inside of him and limiting what he does or how he moves. This difference led to men believing that this lack of agency made women inferior, and men started creating additional social myths reinforcing this idea of female inferiority, thereby creating the patriarchy.

Yet feminists fight these myths in all their forms. They reject that biology matters in realms of power and privilege, and that women can be equal to men in every way. This is why feminists reject the classification of sex (which focuses on difference in physical attributes) and focus on gender (which focuses on how society defines the difference between men and women). While male and female biology is static (as even sex reassignment surgery defaults to one set of parts or the other), gender can change over time and be redefined by society. This theory is called social constructionism. Feminists focus on breaking down barriers for both genders: while they fight for a girl who likes to hunt be considered "normal" and "feminine," they also fight for the boy who watches My Little Pony to be considered "normal" and "masculine."

They also fight against being objectified by society as nothing more than sexual objects. This fight is divisive in the feminist community. Some feminists believe that sexuality is one of their only weapons against the patriarchy and that true feminists should not be restricted to traditional patriarchal modesty. An icon for these feminists is Marilyn Monroe, who made a film career out of posing nude in magazines, wearing revealing outfits, and playing characters who used their sexuality to control and use men. Other feminist believe that a woman who uses her sexuality in such a way is giving the patriarchy exactly what they want: a woman is objectified as being no more than her physical sex appeal. These women prefer role models like Katharine Hepbern, who always played smart characters in films who demanded to be equals of men. She wore pants, swore like men, and portrayed women with traditionally male jobs like lawyer, doctor, and business owner. In her classic films like Adam's Rib, The Philadelphia Story, and Guess Who's Coming to Dinner?, she was the one who set the terms for a relationship instead of her male counterparts.  This dichotomy of how sexuality represents feminism continues today, as critics debate whether modern stars like Taylor Swift and Miley Cyrus are pro- or anti-feminist. 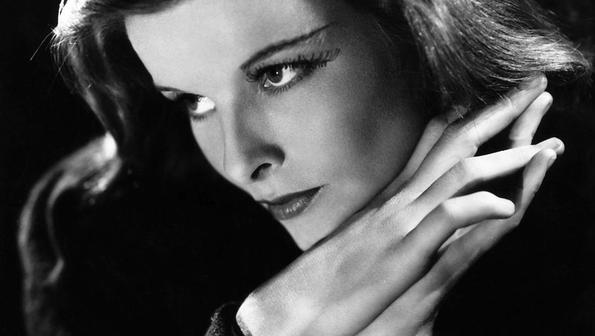 This is Katharine Hepburn. You already know what Marilyn Monroe looks like. (Greenville Journal) 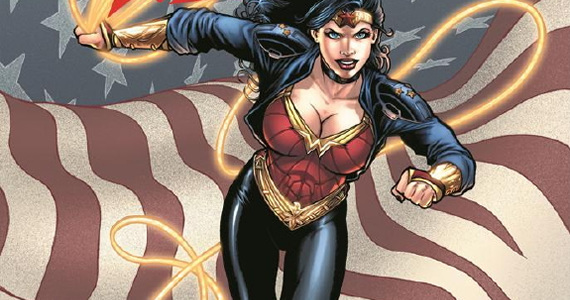 GREAT TEXTS TO READ FROM A FEMINIST LENS